My 10 Cents: How to avoid political fatigue in the age of over politicization 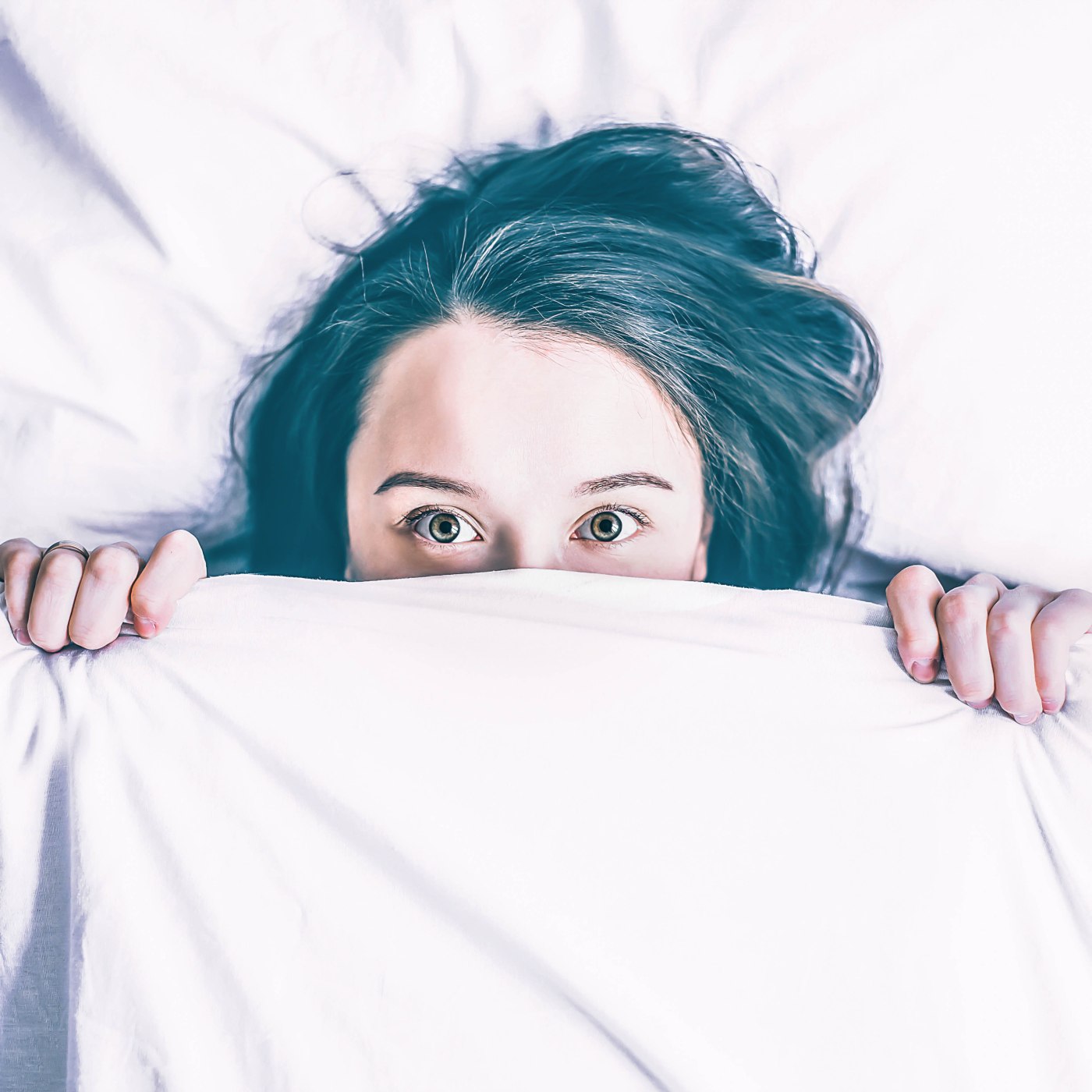 Fellow Americans (and everyone else, this is for you too),

It’s been a wild ride.

No matter where you stand politically, it’s hard to ignore the constant barrage of political discourse that permeates everything; from The Oscars to family dinners.

In 2017, soon after Trump’s inauguration, Politico’s Kevin Baker published a story called “The Politicization of Everything.” Baker wrote:

Surely, the 1860 presidential race, after which half the country seceded, must have been the object of some continuing consternation…Yet I don’t know that any of those races intruded into the quotidian pursuit of happiness the way that the 2016 race and the first days of the Trump administration have. Trump’s claim that his campaign was responsible for lower NFL ratings this fall may actually be more than another of his tall tales.

Politics is now everywhere, all the time.

And to Baker I offer a resounding, “YES!” This is particularly true if you’re an American living or traveling outside of the United States, as you’ve most likely experienced some form of this interaction:

“Where are you from?”

It’s all anyone ever wants to talk about.

To some extent however, I get it. What happens in the United States can actually have a profound impact around the globe. We did lead the creation of the current international governance system; we are (just barely) the largest economy in the world (depending on the measure); and we have the strongest, most expansive military. We sneeze and it can cause a global disaster. Therefore, the world has a right to care. But, it’s exhausting. Even for a politico like myself.

So, how can we avoid political fatigue?

Is it possible to stay engaged and informed without the chaos of it all churning our brains into political mush, and our souls into pessimistic shadows of our former selves? I have to hope so. Because I’m not sure I can spend the rest of my life waking up every morning anxious as to what the hell happened while I slept.

Here are 10 ways to avoid the political slumber:

Pick one issue (or two).
Stop reading and/or watching 24/7 breaking news.
Don’t let politics consume family relationships.
Read a history book.
Find a hobby that engages your creative side.
Delete social media apps from your phone.
Unplug at least once a day for 30 minutes.
Learn the art of “changing the subject.”
Understand your mental limit.
Find influencers in your field.

Pick one issue (or two).

You’re a great person; but you’re not a superhero. There are so many issues to worry about and the reality is you (as an individual) can’t have an impact on all of them. You neither have the time or the energy, and it’s not necessary. If everyone picked an issue (or two) to consistently support and champion, we could find a lot more solutions to hard-pressed problems. Maybe even find an issue that isn’t in the mainstream consciousness; then support it with your voice, and your wallet.

Instead, listen to podcasts, join a daily newsletter, subscribe to a newspaper, or support investigate journalism. Sure, breaking news is important but don’t get bogged down by it. The 24/7 news cycle only started in 1980 (thanks, CNN) for purely capitalistic reasons (watch Anchorman 2 for a hilarious take on that phenomenon), and has only intensified with the Internet’s thirst for “clickbait.” Most of it’s sensationalism. What we need more of is investigative journalism that delves deeply into issues, and personal conversations that don’t involve yelling or “hot takes.” (Need suggestions, leave a comment below and I’ll give you some!)

*Also a sub-tip: Don’t look at the news (or a screen, really) before you go to bed. My “last-look” time is 8pm. Here’s why you should do this.

This is a particularly important point if you don’t see your family often. Time is precious, so choose your “political” talk time carefully and make it productive. I currently live thousands of miles away from my family, and because we barely get to see each other (and we definitely disagree on many things) I tend to steer the conversation towards other things when they get too argumentative…like babies. Everyone loves babies.

Here’s a great guide on how to avoid toxic-politics with family, and another on how to have a constructive political conversation.

I’m often asked: Why is studying history important? And I believe historian Peter N. Stearns answered this question perfectly in 1998:

Why study history? The answer is because we virtually must to gain access to the laboratory of human experience. When we study it reasonably well, and so acquire some usable habits of mind, as well as some basic data about the forces that affect our own lives, we emerge with relevant skills and an enhanced capacity for informed citizenship, critical thinking, and simple awareness.

In short: History provides context for thought and action.

*There are many awful, false, completely anti-historical books out there that are labelled “history” but should be thrown out as fiction. Check out the Smithsonian (a legitimate, trustworthy source) on their top 10 best history books of 2017. And also, Lucy Worsley.

Find a hobby that engages your creative side (it’s good for your brain).

Belle Cooper over at Foundr, has already wrote a great article on why you need to find a hobby so I won’t reinvent the wheel here, but I will give you the only hobby suggestion you need today: Adult coloring books. You’re welcome.

Delete social media apps from your phone (or at least turn off notifications).

Once or twice? Multiple times? Well, you’re not alone. In an an op-ed titled, “Quit Social Media. Your Career May Depend On It,” computer scientist, Cal Newport writes:

“Consider that the ability to concentrate without distraction on hard tasks is becoming increasingly valuable in an increasingly complicated economy. Social media weakens this skill because it’s engineered to be addictive. The more you use social media in the way it’s designed to be used — persistently throughout your waking hours — the more your brain learns to crave a quick hit of stimulus at the slightest hint of boredom.”

Unplug at least once a day for 30 minutes.

I already mentioned social media above, but this goes even farther: Unplug completely from everything electronic and go for a walk, meditate, read a book, talk to someone. Why do this? Because we’re all becoming slaves to our technology. Sherry Turkle, a sociologist and clinical psychologist at MIT (yeah, she’s smart) recently stated to Vox’s Sean Illing:

“Mobile technology means we’re always on, always plugged in, always stimulated, always in a constant state of self-presentation. Psychologically, that’s a game changer. For nearly all of human history, people were able to find silence and solitude pretty easily — that was just part of the human condition.

I think, over time, the so-called “internet of things” emerges and then we sort of become things on the internet. We talk a lot about authenticity, but actually what we’re doing is curating the self, and that’s what I worry about in terms of empathy.”

Learn the art of “changing the subject.”

This is key for surviving in today’s overly politicized world, and here’s how to do it.

*Oh, and may I add: Learn the art of identifying “Bullshit“?

Understand your mental limit for absorbing news and politics.

This was tough for me. I had a pretty high mental limit for absorbing news and politics since I started university in 2009; and then 2016 happened, and the world flooded with insanity. I quickly fell into bouts of insomnia, anxiousness, and stress.

Finally, I realized I had to reset my mental limit. We all need to be engaged with these issues, now more than ever, but figure out how much you can mentally handle.

Find influencers in your field that are also figuring this sh** out.

Number 10! We’re here! My personal influencers have really inspired this entire article. A lot of them have been talking about the ills of over-politicization, social media, technology, and how to live a better lifestyle for awhile now and it’s been incredibly helpful.

It’s nice to know you’re not alone, so go find your influencers.

And with that, I’ll end this incredibly, unnecessarily long article with my newest, pop-culture, completely irrelevant weapon for fighting off political fatigue: