Why ‘Expatriate’ is a Loaded Term

A friend of mine recently sent me a link to an article called “Don’t call them Expats, They’re immigrants like everyone else,” which discussed how the term expatriate in reality is a term:

What to make of this?

Well, as someone who has studied racial issues, including the basic social construction of race as well as the imperialistic/colonial context that birthed modern racial tensions – and frankly, recognizes my own white privilege – I can see where this author is coming from.

In fact, from personal experience I know that workers in Saudi Arabia who are primarily from countries such as Sri Lanka, Pakistan, Bangladesh, India, Nepal and the Philippines are referred to as Third Country Nationals (TCNs), indicating a lesser status than workers who are not from those countries, who are called expats. This was something I focused on while doing research into migrant’s rights in the rest of the Gulf countries as well. However, I believe this issue is more complex than the author alludes to.

Expatriates in fact are a legitimate category.

The term expatriate refers to people who are working in a country that they are not permanent citizens, or intend to be permanent residents of. While immigration refers to the “action of coming to live permanently in a foreign country.”

Therefore if you move permanently to a country to live/work you are an immigrant. For the most part, expatriates will return to their country of origin, whether it be 20 years down the road or 6 months. If they don’t then yes, they should be referred to as immigrants.

“some arrivals describes as expats; others as immigrants; and some, simply migrants. It depends on social class, country of origin and economic status.”

I believe this is a more correct way to look at this identifying process for people who fall into the expat, immigrant or migrant categories. The intentions of the worker or migrant should direct them to the term they fall under. I know very well many non-white people who lived in Saudi Arabia who considered themselves expats. However this can differ among people of the same race or origin because of the jobs they pursue.

Perhaps it is a “class” issue instead of a racial issue in some countries.

The system in Saudi Arabia does not allow for permanent immigration therefore all foreign workers are temporary, but only those working in highly-skilled professions are referred to as expatriates.

TCNs, as I mentioned, who work in the coined unskilled job market such as construction, nannies, retail, gardeners etc, are not considered expats, even by “expats.” Which in and of itself is a tragic misrepresentation and class divide. The experience of an expat and of a TCN in the Gulf is not the same. This does not necessarily indicate a white v. non-white schism however. For example, some Pakistani workers may come to Saudi Arabia to work in skilled sectors (doctor, engineer, etc) and others may come to work in unskilled sectors, therefore even between the same ethnic group, their terms and statuses differ. One group is referred to as an expat while the other is referred to as a migrant or TCN. 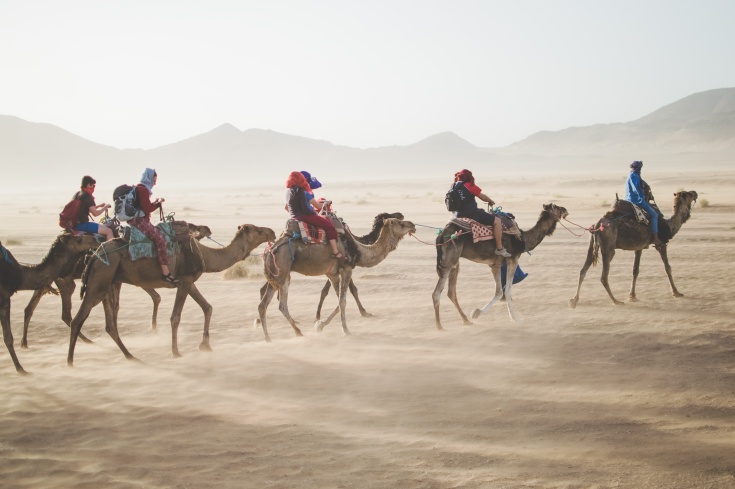 Another angle, just to add to the complexity, is to look not at how expats or migrants view themselves, but how society views them.

The label attached to them the moment they step into the social construction of that country may be out of their control, and part of a bigger arena of social conflict in said country. However, if an expat recognizes such issues, it is their duty to relinquish racially dividing terms that perpetuate the conditions further. For those living in Saudi Arabia, I encourage them to look critically at the relationships between TCNs and expats in order to find another relationship that is more progressive and constructive.

Whatever the case may be, the author’s argument regarding the term as encompassing and perpetuating white privilege abroad may have some merit in other countries/regions. I personally do not have enough experience talking to expatriates from regions such as Europe, Africa or Asia to know, but I believe to make such a bold statement the author should cite more resources and varying views. I think a comprehensive look at different ethnic groups living in different regions as temporary workers and permanent residents will shed light on this issue and offer a more concrete consensus.

I never felt and still do not feel that this term is largely associated with white workers; at least not in the context I experienced it. That does not imply however that it couldn’t be different somewhere else. I argue that it is more complicated than this particular author implies and something that should be researched further in order to fully grasp the nuances.