Today is my dad’s birthday. Born in 1967, he’s a cool 49. He would kill me for publicly announcing that but lucky for me, he’s not an avid blogger or social media user. Except for Snapchat, he loves sending us all dad-selfies.

My father fits into three “rare” categories. He’s a U.S. military veteran, an expatriate, and a single-father. That last category is perhaps the rarest. According to a 2013 report by the Pew Research Center, only 8% of households in the United States were single-father households. However, this number has been climbing since 1960, when it rested at a mere 1%.

I wasn’t aware of the uniqueness of my situation until I became older, and began noticing the comments from my friend’s parents whenever they asked about my family’s status. I would tell them that I had an older brother, and I lived with my dad. For me, this was normal.

But there was always a follow-up question:

So, you’re living here with just your dad?

There were two reasons this was strange for them. The first reason I already mentioned. Single-fathers are simply not a common occurrence. The second reason arose from the fact that I was living in Saudi Arabia, and single-parent households were an even bigger anomaly here in the land of conservative family values and Truman Show-like lives. Typically the Saudi government doesn’t issue iqamas, or residence-visas, to single-parents. It doesn’t really fit the uncomplicated family structure they prefer. However, after almost a year of bargaining, paper-work and relentless nagging, my dad managed to get my brother and I to ‘the land of sand.’

That’s when my life changed, and my father – who had always been adventurous – gave me the gift (or curse, depending on your perspective) of wanderlust.

A couple of years ago when thinking back on this, and my father in general, I penned the following essay for a creative writing class. Which I feel may be perfect to share here, and on all days – today.

Leaving the land that bred him felt like both a relief and a burden.

On the one hand, he was escaping all the chains that had held him hostage – the bills, divorce papers, accidents, and people. On the other hand, he was entering a foreign world; leaving his daughter behind in the hopes of giving her another future.

His first day was not as eventful as he anticipated, thanks to the warnings he received from other expatriates before he left. His flight landed at 17:00 hours. As it was supposed to. His iqama was easily accepted at customs. As was expected. His company’s van picked him up at 18:00 hours. As was promised.

The most eventful thing to happen to him that day was the discovery that in the back of his house, which sat wedged between two identical houses, rested a small, yet industrious garden. Complete with carrots, tomatoes and even a banana tree. He had never owned anything like it. Even the house itself, painted a sandy-orange hue, with remnants of the last sand storm clinging onto its walls, looked more like a weathered house from Disney World than anything he had lived in before. He hadn’t smiled this much since he discovered, while sitting at Heathrow Airport, a surprise bag of Funyans and Mountain Dew packed in his backpack. Presumably lovingly stashed there by his 11-year-old daughter.

He had to adjust to the whiff of qahwa and shai in the morning. He wasn’t used to seeing men dressed in crisp, white thobes and women dawning black cloaks that carried the breeze when it passed. He had to get use to the rather chaotic driving that seemed to follow no rules except those set by nature itself. Even the sound of Arabic and the call to prayer that ringed through his ears were foreign and harsh, yet inexplicably calming. There was something about this place that both frightened and excited him.

But, it was always within the compound that he felt safe and at home.

He never quite understood why, until a colleague announced loudly one afternoon after an exceptionally hot, frustrating day a work, “Thank God for this place. My own little America.” That’s when he noticed it. The Disney-like houses, the out-of-place green lawns that grew quickly next to piles of sand. The recreation center – complete with a pool, a bowling alley, a restaurant that served burgers (with beef bacon), and a box stereo that blasted Michael Jackson. This was America, but in Saudi Arabia. They were all Americans living inside a bubble created for themselves, both consciously and subconsciously, that let them live as they would stateside. There was no need to leave the compound’s gates unless you wanted more groceries than the commissary could provide, or perhaps a new pair of shoes. Some residents would venture miles away from the compound to explore the surrounding area, including the shores of the Red Sea. Even then however, they traveled with other Americans, and found places where they could drink and listen to a little 80’s rock after scuba diving.

It was a world that was entirely fabricated, imported and isolated. 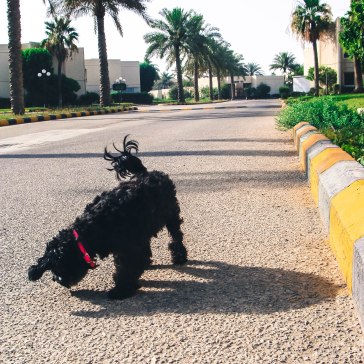 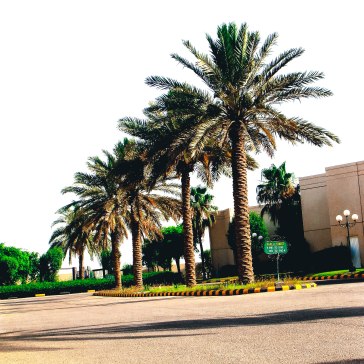 Yet this is how they dealt with their foreign environment. One that at times was so different from their own that they never felt welcomed – albeit thanks primarily to their own inability or unwillingness to step outside of the bubble. They still chased the “American Dream,” just inside the walls of the compound.

When his daughter joined him in the Kingdom almost a year later, she was the one who pushed him past his comfort zone. She attended school with kids who didn’t live inside the fortified American bubble, and even fell in love with a boy who lived across town and had foreign roots. However, she grew up in a world that was not the same as her father’s. Although this mysterious country still felt foreign to him, to her it was home. It was where she developed into herself, made life-long friends, and found her passions. For him, it was merely a resting point on the way to his new future – a future that ultimately existed back in America.

When it was time to return there, his daughter was heartbroken.

She was saddened to abandon all that she knew and loved. He however, was ecstatic to return to what he felt awaited him: his real life. This difference in youth, experience, and realities would ultimately create an inexplicable tension between father and daughter. He was ready to settle and live once more in the land of his forefathers, while she couldn’t have been more restless. Eager to move on to the next foreign land. The United States was only desired as a name etched onto her passport; it was the rest of the world that she reached for.

He wanted to make a new life for his children, and ultimately gave his daughter an uncontrollable zest for the world, which he never envisioned and sometimes regrets. As her future lies thousands of miles away from his.

From the moment he got to Saudi Arabia and until the moment he left, he only felt at ease inside the fortified, concrete walls of the compound, among the American cluster within. He rebuilt his home in a country that he felt never accepted him, and one in which he never accepted. But it accepted his daughter, and she embraced it – she is a part of a generation that he will struggle to understand.

A generation of wanderers, migrants, and global citizens – souls that feel home isn’t in an American suburb, but a corner of the world that they may never actually discover. 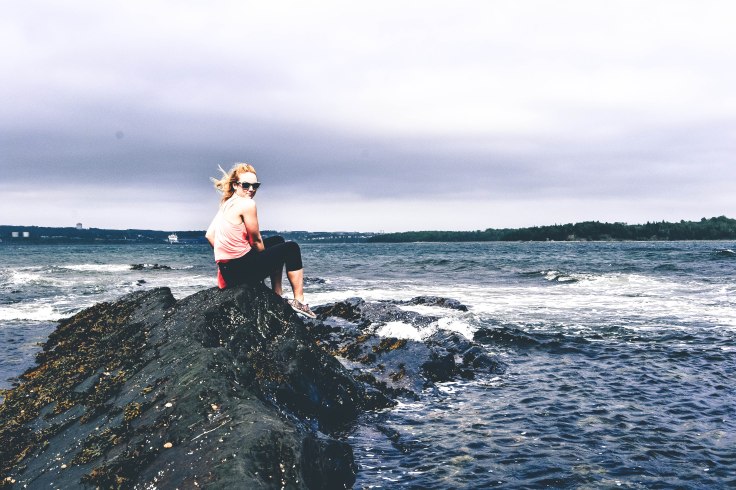 4 thoughts on “Daughter to Father”