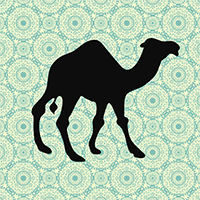 Must Watch: Saudi director delivers a statement video for the ages Produced by 8ies Studios – based in Saudi Arabia – the video serves as a critique of the male guardianship system in the country, as well as the restriction on women’s ability to drive. It was praised by many Saudi female activists such as Manal al-Sharif, who have fought for years to lift the driving ban in the country.

I’ve written in the past about feminism in Saudi Arabia and the Right to Drive Campaign. You can find those articles below:

Western feminists capitalizing on the experiences of others has led to the rise of McFeminism published by The Plaid Zebra.

The Abaya and Feminism in Saudi Arabia published on Safar.

A New Opportunity or an Additional Roadblock to Progress? Context to the right to drive campaigns in Saudi Arabia published by the NATO Association of Canada.